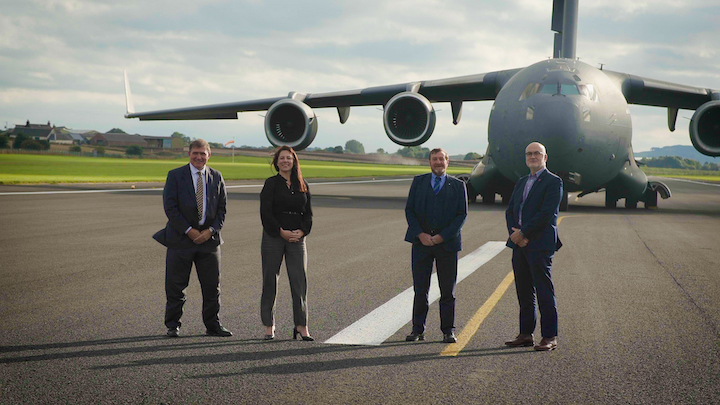 In another development that moves the United Kingdom closer to having native launch capabilities, a local government in Scotland is planning for a spaceport in Prestwick, Scotland.

Prestwick is on the west coast of Ayrshire in Scotland, southwest of Glasgow. Launch company Astraius is developing a horizontal launcher, and has committed as the launch provider for the Prestwick Spaceport. Launches from Prestwick will use the horizontal or air launch method, in which a rocket is released from an aircraft mid-flight. Prestwick aims to conduct its first rocket launch by the end of 2023, a goal supported by funding from the Ayrshire Growth Deal government funding package.

“By securing a launch partner and beginning the planning process, South Ayrshire is on its way to establishing Prestwick Spaceport and ensuring an exciting future for our local communities and making South Ayrshire part of the global space economy,” said councillor Peter Henderson.