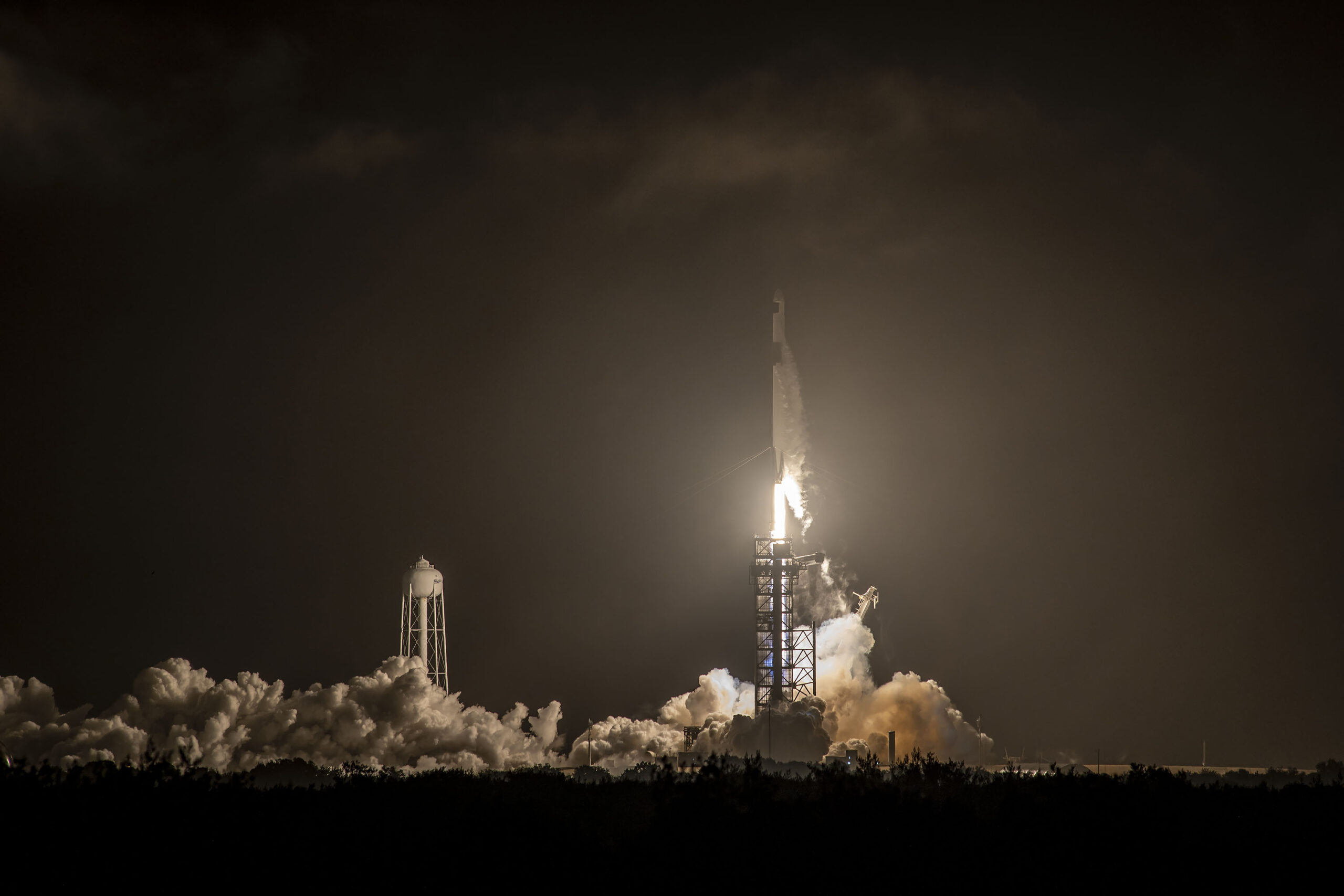 SpaceX launches a Dragon resupply mission to the ISS on Dec. 21. Photo: SpaceX

SpaceX capped off 2021 with a Dragon resupply mission to the International Space Station early Tuesday morning. This marked SpaceX’s final launch of 2021 — a year in which the launcher set a new record for 31 launches of the Falcon 9 rocket in one year.

The Falcon 9 rocket took off from Launch Complex 39A at the Kennedy Space Center in Florida at 5:07 EST. NASA confirmed stage separation and that the Cargo Dragon spacecraft is en route to the ISS. The capsule is set to arrive on Wednesday at 4:30 a.m. EST.

Dragon is carrying 6,500 pounds of science, supplies, and holiday treats. A number of science missions are onboard, including bioprinting bandages from the German Aerospace Center.

The first stage was recovered on a droneship, marking SpaceX’s 100th successful landing of an orbital class rocket booster.

This was SpaceX’s third launch in just a few days. Over the weekend on Dec. 18, a Falcon 9 rocket launched 52 Starlink satellites to orbit from Vandenberg Space Force Base in California. Just 15 hours later, SpaceX launched the Turksat 5B communications satellite for Turkish satellite operator Turksat from the Florida coast.

SpaceX’s 31 missions in 2021 broke the 2020 record of 26 missions. Of those launches, 17 were Starlink missions, 8 were dedicated for commercial or government/military customers, and 6 were Dragon flights including the all-civilian Inspiration4 mission that orbited Earth for three days.